The unaudited consolidated turnover of UPB Group has reached 237 million Euros in 2020, exceeding the turnover of 2019 by 11%. Increase can be seen both in the production volume of construction materials, and number and scope of construction projects in the local and foreign markets. Last year, significant investments of eight million Euros were made into the development of UPB Group, including commencement of a construction of a new manufacturing facility of prefabricated concrete in Liepāja.

“As the year started, there was a great external uncertainty, and we had to be ready for various development scenarios; yet we have managed to finish the year with a record-high turnover. 2020 has been the most successful year for UPB Group during the 30 years of its existence; moreover, we have even doubled the turnover during the last five years,” explained Dainis Bērziņš, UPB Chairman of the Board.

He said that “regardless of the challenges presented by the work safety, ensuring the flow of goods and services, as well as other areas, several significant projects were accomplished both in the local market and abroad. Currently we work with sufficiently sizeable orders that lets us have a positive outlook on the future and gives us extra time to react to various unexpected changes in the market as well.” Provision of safe working conditions in plants and construction sites, as well as a regular and safe rotation of employees from the construction sites abroad has been a priority already since the spring of 2020.

Growth in the Latvian market

Last year the construction in Latvia increased by approximately 35 %. In the autumn of 2020, the largest constructed object in the Latvian market was completed: the shopping centre SĀGA with an area of 57,000 m2. SĀGA is UPB Design&Build project; and more than 10 companies of the Group took part in its implementation showing that UPB can effectively implement complicated projects within the framework of the Group.

By the end of last year, construction of the largest heat accumulation system in the Baltics was completed at the plant TEC-2 of the company AS Latvenergo. It will be one of the largest and effective solutions for improving the energy efficiency in the country. Among the projects in Latvia should be emphasised the contract signed with Riga Stradiņš University which provides for construction of a new campus for pharmacy studies and science until 2022. It will include advanced study premises and a world-class science centre, including the Research Laboratory for Final Pharmaceutical Product Forms.

In 2020, export volume of construction provided by UPB increased by more than 10%. The results were achieved by working on several complex and high added value sites, with focus on frames, façades and combined glass, steel and concrete structure projects.

UPB continued to develop its portfolio in construction of high-rise buildings, and last year began to build the frame for the tallest building in the history of the company: CityGate in Göteborg. It will reach the height of 36 storeys and is called the highest office building in the Nordics. Production and assembly of the frame for the residential complex Strato Södermalm has also been finished; one of the buildings is 19 storeys high. This project stands out also due to its white concrete façade which has required thorough work during all stages from designing to transportation and assembly.

One of the most important projects of combined glass, steel and concrete structures is also New Ångström, the largest construction project in the history of the Swedish Uppsala University. UPB has designed, manufactured and assembled the frame and façade for one of the future buildings for studies. One of the most significant façade objects is Platinan office building in Göteborg with the largest façade implemented by UPB and covering the area of approximately 25,000 m2.

A significant increase of turnover by 47% has also been reached by UPB group company RK Metāls mechanical engineering product line. The results were achieved by increasing the complexity of implemented projects and continuous work into new markets, such as England, France, Turkey, Czech Republic, etc.

A new facility for future products and investment development

Last year, construction of a new plant for prefabricated concrete structures was begun in Liepāja. A total of 11 million Euro will be invested in it, and it is planned to build 4900 m2 of production premises and 2900 m2 of warehouse premises for finished products, and also to modernise the existing concrete production facility. The new facility will offer 50 new jobs, and the start of operations has been set for the autumn of 2021.

Another company of UPB Group to expand its production possibilities is Transportbetons MB. A new ready-mixed concrete facility has started operations in Liepāja, and a new mobile facility has been purchased for efficient installation directly in the territory of a construction site. More than 500 thousand Euros have been invested in it, securing the leading positions in the Latvian market.

A significant investment was also made into the equipment of Stiklu centrs, including the new glass unit production line allowing to expand manufacturing possibilities. The Laboratory of Concrete Research Centre in Riga began its operations as well, working also on research of innovative materials such as ultra high performance concrete.

“In 2020, we invested 8 million Euros in our companies, and this year we plan to double our investments by improving our manufacturing infrastructure and developing innovative products. It will let us maintain competitiveness, develop new business areas and expand our market geography. It is especially important at the moment, when the competition in the market increases,” added Mr Bērziņš. 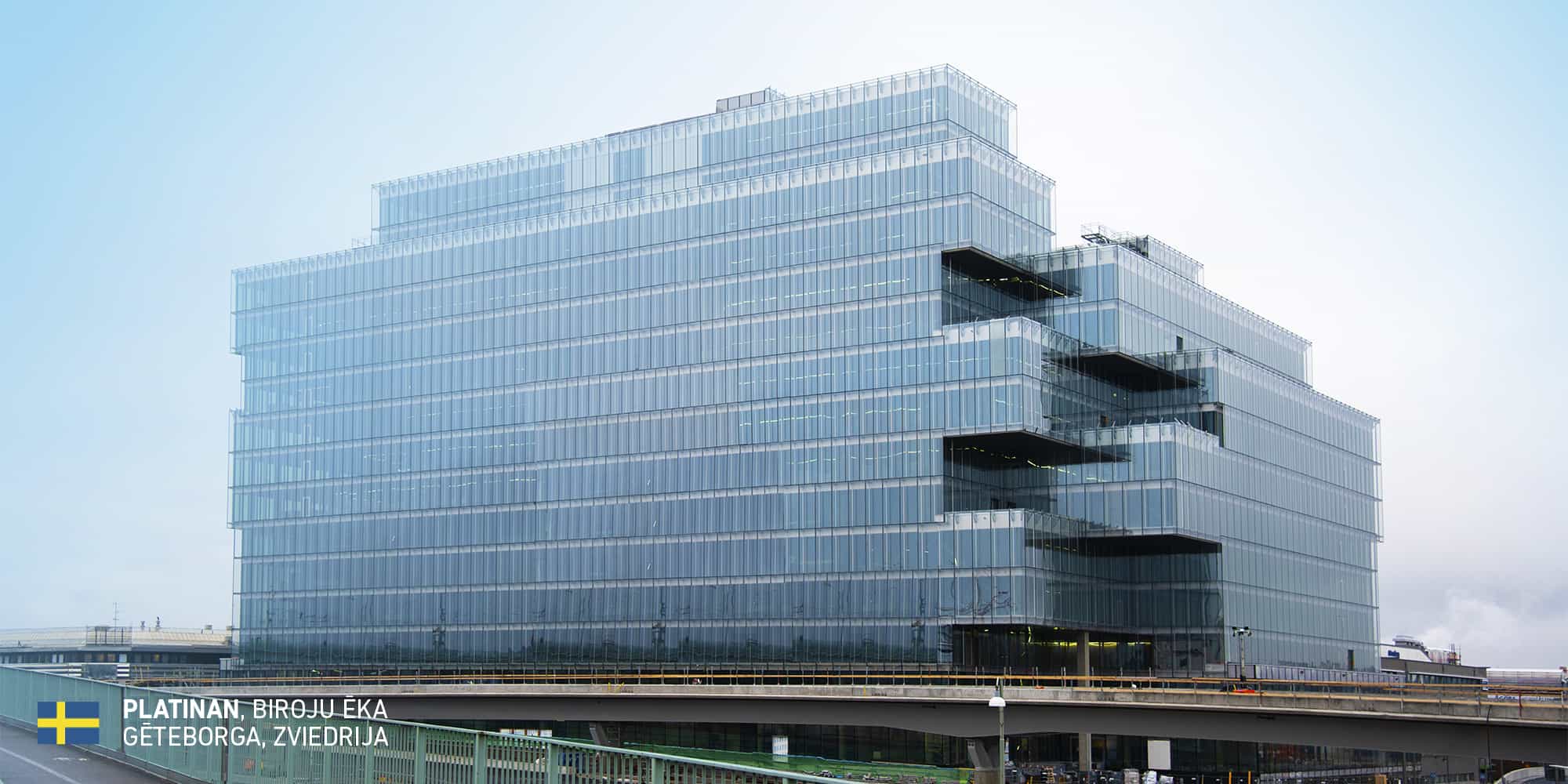